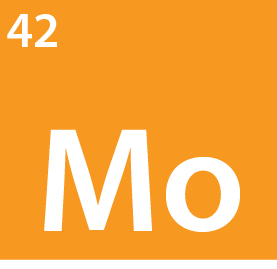 PHOENIX, AZ, June 7, 2011 — Climax is excited to participate in the 37th IEEE Photovoltaics Specialist Conference (PVSC) in Seattle, Washington June 19th-24th, where findings from the Cooperative Research and Development Agreement (CRADA) between the National Renewable Energy Laboratory (NREL) and the Climax Molybdenum Technology Center (CTC) will be presented. The presentation, “Nadoped Mo for Controllable Sodium Incorporation in CIGS Solar Cells” describes how Na-doped molybdenum films derived from MONA® powder can increase the efficiency of CIGS type solar cells. The presentation will be presented by Lorelle Mansfield of NREL who fabricated the majority of photovoltaic devices used in the research.

The Climax Molybdenum Technology Center developed MONA®, an innovative blend of sodium-containing molybdenum metal powder, that can be produced and consolidated, using patent-pending methods, to form sputtering targets suitable for depositing thin films of sodium-containing molybdenum. By depositing these films atop the molybdenum back conductor prior to the deposition of the absorber in CIGS devices, specific quantities of sodium-bearing molybdenum metal is placed in intimate contact with the CIGS absorber; subsequent processing of the device would allow a precise amount of sodium to diffuse into the CIGS layer. MONA® powder was engineered to provide that optimum sodium dose in a costeffective method which also increases the reliability of mass produced PV cells by simplifying the device structure.

We look forward to meeting you in Seattle. To arrange a meeting during the conference, please contact us at Climax_Molybdenum@fmi.com.